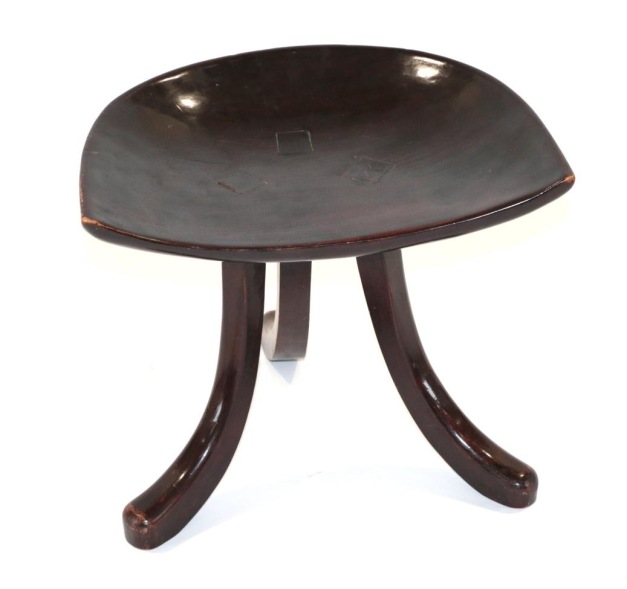 No makers marks – But believed to have been made for Liberty & Co. London.

‘Thebes’ stool. Mahogany wood with ivorine label.
The design of this stool is a derivative of the ancient Egyptian three legged ‘Thebes’ stool, now in the collection of the British Museum, dating to 1550-1300 B.C. This was first utilised by Liberty & Co. who retailed a version of it from 1884. It was sold in their London showrooms until 1907 as well as having been retailed by Samuel Bing in Paris.
__The Austrian/Czech architect Adolf Loos (1870-1933) first used the design in his apartment in 1903 and his affection for the design was evident as he repeatedly employed it in his commissions until 1927. The stool is often misdescribed as being designed by Loos whereas it was one component within one of Loos’s total design commissions (gesamtkunstwerk)

An arts & crafts hall bench in the manner of the English designer CFA Voysey.