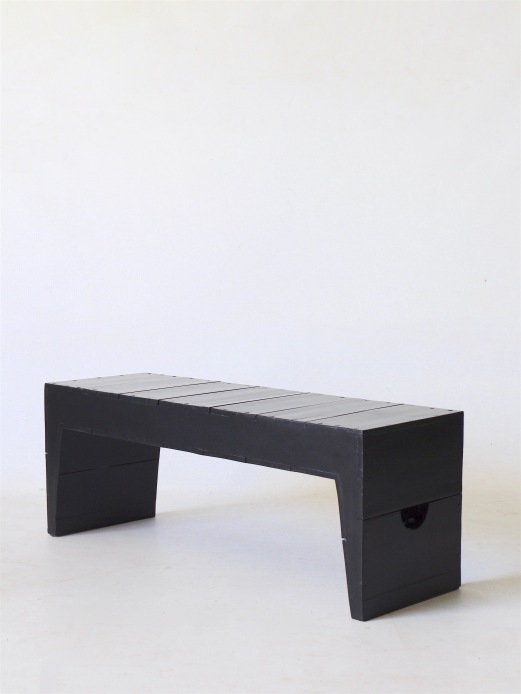 During the reconstruction period after WWII the Dutch architect Jan de Jong and the Dutch Benedictine monk Dom Hans van der Laan collaborated on several architectural projects including the interior furniture. They created an outstanding body of work defining the the style of the Bossche School. Jan de Jong was able to translate many of Dom v.d.Laan’s idealised concepts and ideas into pioneering buildings and spaces. They worked in such close collaboration however that it is difficult to discern the individual level of input into the furniture they designed.

Dom Hans van der Laan (1904-1991) was a Dutch Benedictine monk and architect. He was a leading figure in the Dutch ‘Bossche School’.